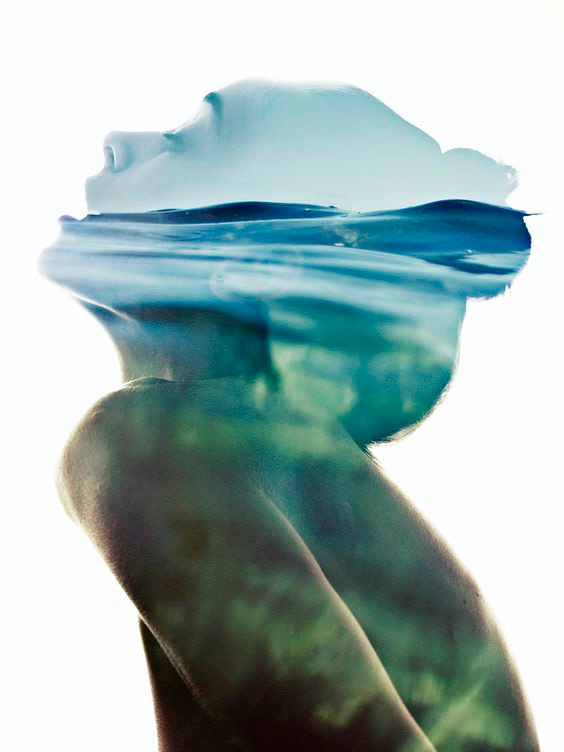 Sensitivity Is A Superpower

Visits to my grandparents in California were rare as a child, but when we did travel to their home, I often felt slightly baffled by their space.  They lived in a ranch home that seemed to go on forever and I always sensed a distinct difference between two sides of the house.  My grandmother spent her time in the front of the house, a space that felt cool, dark, watery, settled, safe.  My grandmother was kind, sweet, and loving, but also a little detached.  This was in deep contrast to the room at the back of the house where my grandfather spent his days in a recliner, smoking his pipe.   My grandfather was strong willed, opinionated, in charge, and a jokester with a hard edge. As a young eight-year-old girl I felt the energy that my grandparents gave off but didn’t have the language or wisdom to understand it.  I just knew I was scared by the room at the back of the house where my grandfather spent all his time:  the energy felt hot, heavy, oppressive, and unpredictable.

I was born a “feeler” and from an early age literally felt everything in my environment.  This wiring often made me easily overwhelmed and bombarded by input.  Certain scents, the smell of smoke, scratchy clothes that rubbed on my neck…all of these things threw me off.   Many days I suffered from headaches and irritable bowels.   Because of my empathic nature, I took on the role of helper/healer, and people who were struggling or in crisis always seemed drawn to me.  Long before I actually had a license to practice psychology, I was informally counseling my friends on dorm room beds. When someone shared their pain with me it was like I could feel it too and know exactly what it was like to be in their shoes.   I also thought something was dreadfully wrong with me because I had such intense feelings and responses to certain people and places, so I learned to hide my suffering, fears, and insecurities and put on a happy face.

Perhaps because of my own nature as an empath, or a person who acutely feels energy and emotions, many people with this same wiring have shown up in my psychology practice.  The stories are all different, but what remains the same is highly sensitive people who have taken on someone else’s pain, sometimes even the pain of the whole world, and are suffering.  It’s as if empaths don’t have an external layer of protection, a kind of emotional skin like the physical skin that protects our internal organs, and so they are much more likely to be harmed by the intense world around them.  Because of this intensity, empaths have to figure out how to cope.  Many learn how to numb out all the intense information coming in.  Some start using alcohol, marijuana, and other drugs to numb.  Others gain weight as a way to create a barrier of fat between themselves and the world.  Still others get extremely controlling and veer toward perfectionism, eating disorders, and high-achieving behaviors.

What is an Empath?

According to Elaine Aron, an expert on sensitivity and the author of The Highly Sensitive Person, about 20 percent of the population is considered highly sensitive.  Sensitive to sounds, light, crowds, fabrics, foods, environments, and smells.  The person who is highly sensitive has often been told at some point in their life to toughen up or grow a thicker skin.  The sensitive person inevitably feels as if something is wrong with them at some point, even if they cannot put their finger on what.  Aron’s life work is to help sensitive people understand that their wiring can be a gift that opens them to a far richer and deeper range of information and guidance in the world around them if they can learn to manage this gift.

Of the 20 percent who are considered sensitive, another 10 percent are considered empaths.  There is actually no hard data on this, only estimations by experts who have studied sensitivity and empathy, so this number may even be low. The defining difference between a highly sensitive person and an empath is that empaths can literally feel other people’s emotions and pain and tend to take them on as their own.  If an empath is around an extremely negative or toxic person they will start to feel negative even if they have had a fabulous day up until that point.  Boundaries get blurred for empaths and they have a hard time deducing where they end and the other person begins.  As Judith Orloff, author of The Empath’s Surival Guide says, “There is no membrane that separates Empaths from the world.”

When working with empathic and sensitive clients, many of who are also presenting with anxiety and/or depression, I feel one of my main jobs is to help them understand what a gift they have and how best to utilize it.  Most of them initially don’t feel like their sensitivity is gift but rather a heavy burden.  I relate to this.  The emotional highs and lows I felt as a child were misunderstood by the well-meaning adults in my midst, and because they couldn’t relate to my sensitivity, I took it as proof that there was something wrong with me.  So many of my clients tell a similar story with the theme of “what’s wrong with me?”.

I seek to emphasize with my clients that their innate wiring is a gift and that our World needs sensitive and empathic humans who are willing to write poetry, make music, tend to children, work with the elderly, fill the healing professions, and in the words of Karl Menninger, “help dilute the misery in the world”.   I help them see that their sensitivity and empathy allow them to be great parents, partners, and friends. Empaths are often able to have very deep relationships with others and those lucky enough to be in relationship to an empath are grateful for such a person whom really gets them.   Empaths also have the opportunity to have a very vibrant and rich life because of their ability to feel and sense so much. Their access to realms of the unseen world and an ability to put themselves in others shoes, creates a very rich scenario for life.  They have the capacity for profound spiritual and intuitive experiences.  Instead of living in a drab, black and white world, they are able to really see, feel, hear, and taste all the subtle nuances of our amazing world.

Essential Tools for the Empath

Yet because of these gifts, Empaths have to do some extra work to feel safe, protected, and to even function effectively in day to day life.  Three things are essential for the empath: becoming embodied and grounded, learning to create a sense of internal safety and security, and learning to protect their own precious energy.   The tools I repeatedly use (for myself) and my clients are yoga for embodiment and grounding, meditation to foster a sense of internal security and to teach discernment about what is ours, and a technique called bubbling to create some space between self and world.

The other day ran into a woman I know peripherally at the coffee bar and we exchanged pleasantries.  She asked if I saw adolescents in my practice, and shared that her 16-year-old son was just returning from rehab for drug addiction.  I asked her if her son was a sensitive kid, and she said “how did you know?”   She went on to describe the life of a young empath, made all the harder by being a male adolescent, a boy who felt the world around him so acutely but could not make any sense of it.  The only way he got a break from the intensity of life was by using drugs.  Although I haven’t yet heard from this family, my hope is that someone helps this young man understand his sensitivity is a superpower, a inborn trait that allows him to connect, be intuitive, sense the world around him, and be a healing and transformative force in the world.